On the 7th August 1786 Jaques Balmat and Michel Gabriel Paccard were the 1st to succeed in climbing Mont Blanc. This led to real work for the first mountain guides. At this time the British aristocracy accompanied by local guides started to climb the Alpine peaks, between 1854 and 1865. In this period 180 major summits will be climbed; I took part in the first winter Olympic games in 1924, for this occasion I had the opportunity to have a beautiful tower built overlooking the town roofs.
Chamonix became well known internationally, thanks to the Olympic games, skiing became the new winter sport.

Ever since I have continued to welcome more and more people and their passion for the mountains who are amazed to discover the breathtaking surrounding nature, mountains, green meadows, impressive glaciers, the historic heritage and outstanding architecture. In 2004 I was renovated to keep up with the modern times, whilst keeping the old world charm and elegance which has been part of me for so long, all those years of history and adventure. 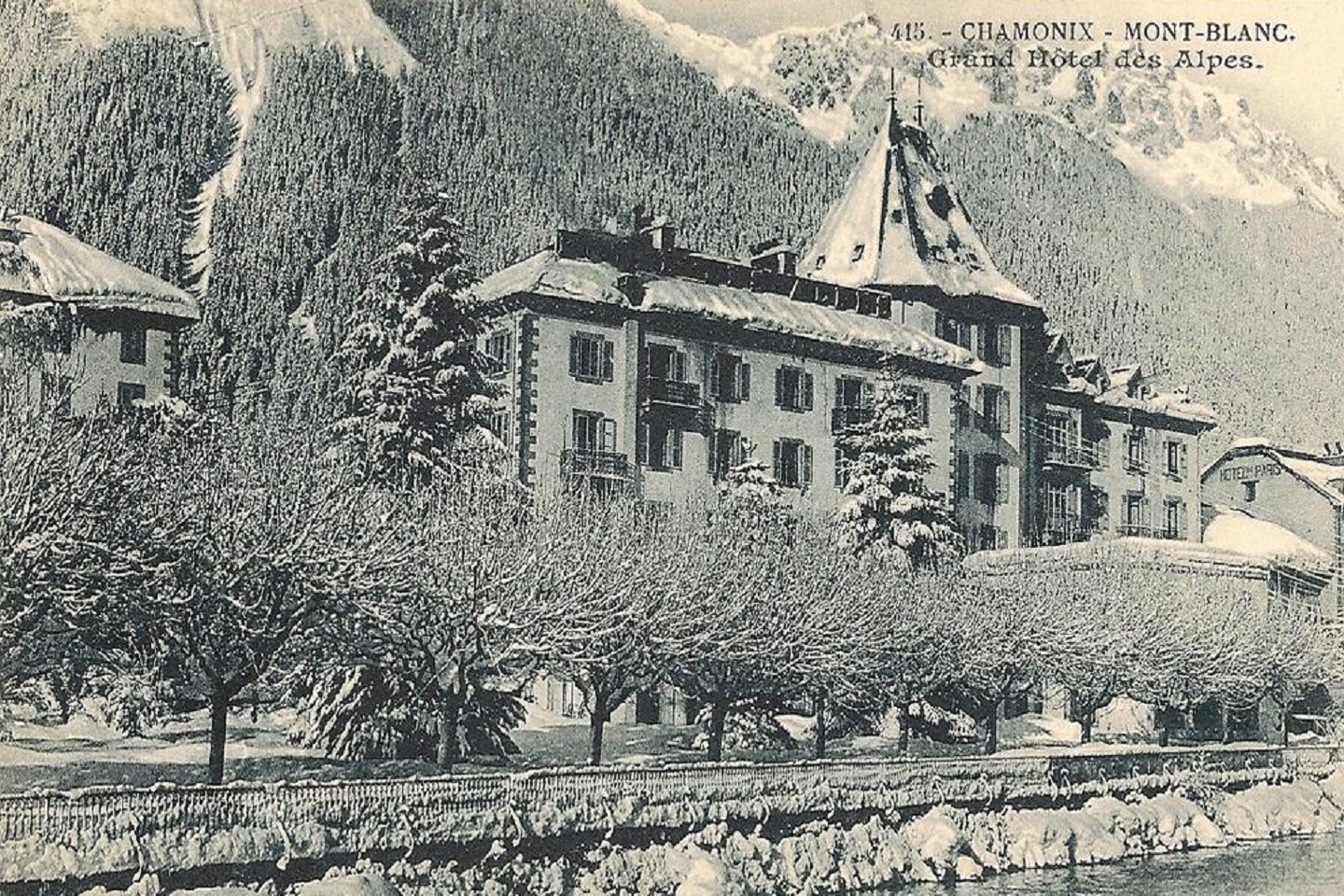 You can find me in the heart of Chamonix only a short distance from the lifts, L’Aiguille du Midi and the Mer de Glace. My guests can therefore enjoy the atmosphere of the town centre as well as being able to reach in no time the enchanting surrounding sites. In 2019 I completed my last renovation, I now have 30 double or twin rooms, including 3 suites, refined and cosy with light and bright wood paneling. In the reception area you will find a sitting-room with a balcony overlooking the river and with a view towards the Mont-Blanc, a lounge area beside a fireplace. My wellness centre gives onto the gardens and the river, there is an indoor wave pool, water jets and a large adjoining jacuzzi. Downstairs you will find a salt wall next to the massage and beauty cabin. In our private garage you will be able to charge your car with our universal and Tesla electric charger. And so my story continues with my wonderful team who are looking forward to welcome and share with you the incredible adventure that is Chamonix and the Grand Hôtel des Alpes!
Book now